The family company InpolKrak has been operating in Kraków since 1994. It offers highly processed films and steel products. Recently the company expanded their offer with processing of steel products. The company has a robust network of retail points in Kraków, Gdańsk, Tarnowskie Góry, Radom, Wrocław and Murowana Goślina. The company's enclosed warehouses are in Kraków, Kluczbork, Tarnowskie Góry and Murowana Goślina. The company distinguishes itself through professional, comprehensive customer service and the high quality of their goods.

Inpol-Krak is a company that has been present on the Polish market since 1994. It has been developing dynamically ever since, cooperating witn not only domestic, but also foreign manufacturers. From its very beginning the company dealt in various kinds of steel. Our initial products were steel bars, tubes, structural sections and sheet metal. Over time we expanded the offer with quality carbon steel and precision profiles.

In 2004 the offer of the company was expanded with packaging films, specifically with products made of polyester film (APET and BOPET), PVC and multilayer polyethylene film. At present Inpol-Krak cooperates with manufacturers from Poland and abroad, including USA, Italy, Great Britain, Belgium and Germany.

Inpol-Krak owes its success to dynamic development, its reliability and proficiency in cooperation, both with manufacturers and customers. The company’s offer is flexible and able to satisfy even the most demanding customer. The company holds many prestigious certificates and awards. 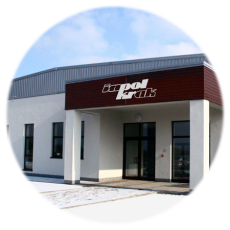 The core of the company's activity is based around:

Distribution and constant development, to always meet the market expectations

The offer of Inpol-Krak is flexible and highly competitive 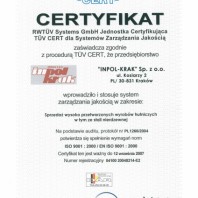 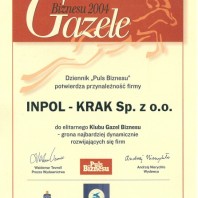 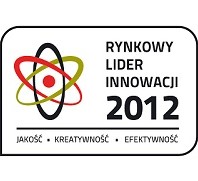